The Definition of CREATIVE 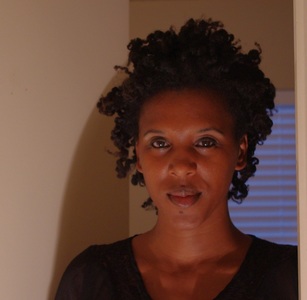 Tugené Davis
Having been in business at a very young age, Tugené finished her bachelor's degree from Howard University with a Bachelor of Fine Arts in Business and Entertainment. Her versatile background from business to performance has given her experiences ranging from Nordstrom and Black Entertainment Television to church sanctuaries of the Inland Empire and the Apollo Theatre of New York. The versatility of her background has given her triple threat talents in voice, dance and acting an exciting career in film and public speaking.

​At the age of two, Tugené immediately attracted an overwhelming crowd while dancing to music playing at a shopping mall. Known personally and professionally as Tugené [Too-GUH-Nay] (Toogie, for short), a powerful and energetic dancer, she committed her talents to Washington, DC Metro Area's largest stage: Howard University's Cramton Auditorium. It was there where 5 years would turn college life into a catalyst for future hopes and endeavors to last a lifetime. At Cramton she not only performed but worked in administrative capacities with Patti Labelle, Chaka Chan, Wu-Tang and other artists in management, lighting and stage for local, nationwide and globally televised special events.

Tugené humbly accepts the honor to have worked with renowned artists, talented professors and instructors such as the aforementioned, Al Freeman Jr., Vera Katz, the late Mike Malone, Denise Saunders-Thompson, Phylicia Rashad, Kirk Franklin, Karen Clark-Sheard and Destiny's Child to name a few. With such exposure, her Howard experience truly refined her inspiration to be a performer and entrepreneur.  An Evening of Dance: From Africa to the Mecca featuring a cast of 40 dancers with guest performance by Kankouran West African Dance Company is one of the great impressions she left her mark with at Howard as well as choreographing for the Inaugural Excellence Awards & Bison Ball.

Having been privileged to work with Stellar Award Nominee Ron Brown, England's Top Chart Artist Tiffany Makeda as well as critically acclaimed musical virtuosos & worship arts duo Greg & Ruth Hooper of Sunrise Church in Rialto, CA. Tugené counts her blessings.  Her work on the reality show Ki-Ci and JoJo Come Clean inspired her to complete her training in film editing and directing.  She has since directed more than 10 short films leading her to become a signatory producer with SAG-AFTRA.

As a member of Sigma Gamma Rho Sorority, Incorporated, Tugené lends her time and service to her hometown community in  Altadena, Pasadena and South Pasadena.  Through Sigma Gamma Rho she most recently completed a toy drive for Shriners for Children Medical Center.  She is always looking for ways to make the dreams of others come true and has done so as a board member of Help For Stroke, charter member of the Howard University Alumni Club of the Inland Empire, and founder of #BlacksInTheArts.  In her everyday life Tugené is a full time wife, mommy of two girls under the age of 4, insurance broker and an Artistic Director in dance and film at Davis Dance Studios.

She has her hands full but for fun Tugené visits friends and family across the country, enjoys baking, crafting and quality time with friends.  Raised in Christ under the ministry of Chuck Singleton, as an artist, Tugené is one who entertains and educates with passion, conviction and purpose!